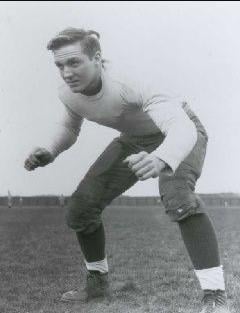 Robert Leo Patrick "Grandpappy" Dove (February 21, 1921 – April 19, 2006) served as an All-America end at the University of Notre Dame and went on to play for eight seasons in the National Football League. Following his retirement as a professional player, Dove embarked on a 37-year coaching career at the professional and collegiate levels. He was inducted into the College Football Hall of Fame in 2002.