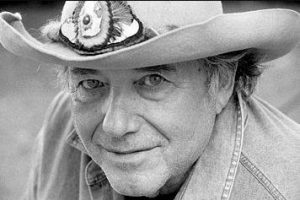 Bobby is alive and kicking and is currently 87 years old.
Please ignore rumors and hoaxes.
If you have any unfortunate news that this page should be update with, please let us know using this .

Does Bobby Bare Have the coronavirus?

Robert Joseph "Bobby" Bare, Sr. (born April 7, 1935) is an American country music singer and songwriter, best known for the songs "Detroit City" and "500 Miles Away from Home". He is the father of Bobby Bare, Jr., also a musician.
Bare's big break in country music came when Chet Atkins signed him to RCA Victor. His debut single for the label was 1962's "Shame On Me". Follow-up "Detroit City" reached No. 6 Country, No. 16 Hot 100, and in 1964 earned him a Grammy Award for Best Country and Western Recording. Then a surge of hits followed, including "500 Miles Away from Home" (based on a traditional folk ballad written by Hedy West as "500 Miles") and Ian Tyson's "Four Strong Winds". In 1965 he received two further Grammy nominations for Best Country & Western Vocal Performance and Best Country & Western single for the latter song. In 1966, he received a yet another Grammy Nomination for Best Country & Western Male Vocal Performance for his song "Talk Me Some Sense".

He also recorded two duet albums with Skeeter Davis and recorded six tracks as a trio with Norma Jean and Liz Anderson, which produced a major hit with "The Game of Triangles", a wife-husband-other woman drama that hit No. 5 on the Billboard chart and earned the trio a Grammy nomination. In 1968, he recorded an album with a group from England called The Hillsiders. In 1969, he had a Top 5 hit with Tom T. Hall's "(Margie's At) The Lincoln Park Inn".
Bare was also given an opportunity to star in movies. He acted in a Western with Troy Donahue, A Distant Trumpet, and had a memorable scene being branded for desertion, and a few episodes of the TV series No Time for Sergeants. He turned his back on Hollywood to pursue his country career.
On April 10, 2013, the CMA announced that Bare would be a 2013 inductee into the Country Music Hall of Fame. Other 2013 Inductees include Cowboy Jack Clement and Kenny Rogers.