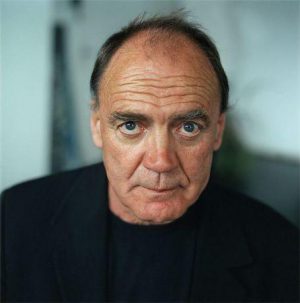 Bruno passed away on February 16, 2019 at the age of 77 in Zürich, Switzerland. Bruno's cause of death was cancer.

Biography by Hal EricksonSwiss-born actor Bruno Ganz established himself in Germany, first as co-founder of the Schaubuhne Theatre company, then as a romantic lead in films. International renown came Ganz' way when he was starred in Eric Rohmer's The Marquise of O (1976). Subsequent film roles range from Jonathan Harker in Werner Herzog's 1979 remake of Nosferatu, to misplaced angel Damiel in Wim Wenders' Wings of Desire (1987).
Another of his many collaborations with director Wenders was The American Friend (1977), which Ganz regards as one of his favorite films, even though he and co-star Dennis Hopper came to blows during a spirited argument about acting technique.

Ganz portrayed Adolf Hitler in Der Untergang (Downfall) (2004). after four months of researching the role. His performance, which was widely critically acclaimed, became the basis for a series of "Hitler Rant" parody videos on YouTube. In 2014, popular culture website WatchMojo.com named his performance as the best portrayal of a real-life 'bad guy' of all time, beating out competition from Forest Whitaker and Charlize Theron's Oscar-winning portrayals of Idi Amin and Aileen Wuornos, respectively.
In 2018, doctors in Salzburg found that Ganz was suffering from intestinal cancer, and he immediately began chemotherapy. He died on 15 February 2019 in Zürich, Switzerland.