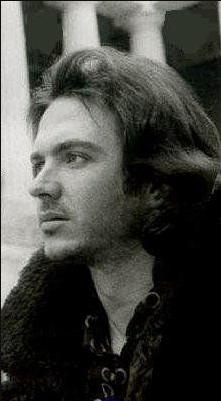 Camilo passed away on September 8, 2019 at the age of 72 in Madrid, Spain. Camilo's cause of death was heart failure.

Camilo Sesto is the stage name of Camilo Blanes Cortés. He is one of the most famous singers from Spain. He is also a songwriter, a music producer and composer of romantic pop and rock ballads in the Latino genre. Sesto sang in two pop bands during the 1960s and won a contest in a Madrid TV show. He played a part in the Spanish filming of Shakespeare's Hamlet. Later, he teamed up with singer and producer Juan Pardo, but success would come on its own accord, with his own music works.
Most of Camilo's works are in Castilian Spanish, but he has also recorded songs in English, Catalan, Italian, German in Japanese and Portuguese as well. Camilo has released at least one album in English, and some of his classic songs have been translated to languages such as Portuguese, German and Italian and covered respectively by many celebrities. With a frenetic activity level in the 1970s and 1980s, he remains one of the artists with the most number 1 hits (totaling 52). His number of "top 40" list-songs being 18 and Camilo Sesto has sold over 175 million albums worldwide, excluding the sales of all artists that he himself helped, produced and wrote compositions for them, which add many successes and millions more.

As a composer he has written songs for artists such as Ángela Carrasco, Miguel Bosé, Lucía Méndez, Charytín Goyco and José José, among others. Camilo produced and translated the lyrics to Spanish, of an album from the popular Australian band Air Supply. Throughout his career he remained as one of the most influential pioneer artists of rock/ballad in Spanish, that would inspire many newer acts in the Latino music world as well as across Europe.