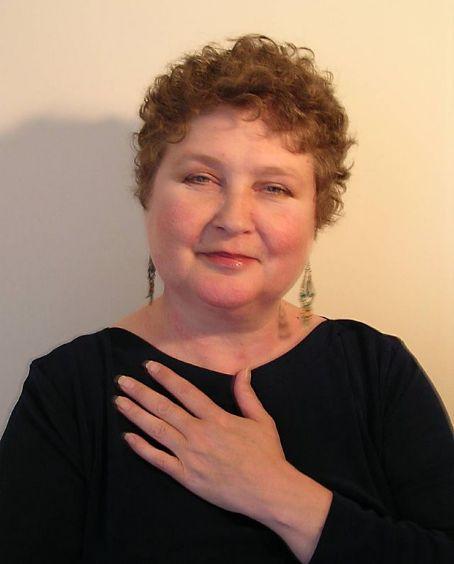 A former fellow Florida State University School of Theatre student during the mid-1970s, lovely, talented actress Caris Corfman suffered a tragic and debilitating reversal of fortunes in 1993. Diagnosed with a brain tumor, four operations to remove the benign mass left her with a severe and unrepairable disability. She lost the functioning of the part of her brain that controls short term memory. As a result, she could no longer memorize new lines. What was most amazing was that she could still repeat verbatim passages or monologues she had learned years and years before her operation.In a bravura turn, Ms. Corfman returned to the stage after over a decade (Flea Theater in Lower Manhattan, October 2005) in an amazing and spiritually rewarding one-woman show entitled "Caris' Peace," in which she talks (via the use of index cards to help keep her focus and continuity of what she covered earlier) about her life and illness, before and after. As writer David Carr expressed in an article about Caris and her showcase, "Her performance is about why she can no longer perform." A filmed documentary entitled "Caris' Peace" chronicles the former actress' story and personal battles. It is obvious to me that this incredibly courageous woman never lost the love and passion she had for the stage.The Boston-born actress (born in 1955) arrived at FSU in the mid-1970s, about the same time I did. For me, her talent was obvious from the very start. Her showcases while there ranged from a lovely and tender performance as Laura in "The Glass Menagerie" to a strong role in a daring feminist production of "The Taming of the Shrew" in which the actresses took on the male roles and vice versa. Caris played one of the trans-gendered parts with consummate energy, poise and skill. Also appearing in that very cast was another of New York's future preeminent actresses J. Smith-Cameron. One was instantly struck by Caris' natural and vibrant beauty. Mesmerizing with a head full of gorgeous blonde ringlets, two prominent cheekbones and a quick, Cheshire-cat smile, she was one of those people who drew an audience whenever she entered a room. People simply wanted to know her.Following FSU, Caris attended the Yale School of Drama. She made her off-Broadway debut in the critically-acclaimed production of "Wings" (1978), which was part of Joseph Papp's New York Shakespeare Festival. She also earned outstanding notices for her role as Emma in the Yale Repertory Theatre's production of "Curse of the Starving Class" in 1980. One of her crowning moments was creating the role of Katherina Cavalieri, Salieri's music pupil, in the original Broadway production of "Amadeus" (1980) starring Ian McKellen. Within a few months, she had succeeded Jane Seymour in the leading femme role of Mozart's wife, Constanze Weber. Throughout the 1980s, Caris continued to demonstrate her versatility in a number of original contemporary plays such as "Fish Riding Bikes," "The Sleep of Reason," "Filthy Rich," "Exact Change," "Fathers and Sons," "The Voysey Inheritance," "Dream of a Common Language" and "All This and Moonlight." She also worked with many prominent actors over the years, including David Groh and the ever-so-eccentric Sylvia Miles in "Tea with Mommy and Jack"; David Strathairn in "The Cezanne Syndrome"; Robert Lansing, Barbara Barrie and fellow FSU alumnus J. Smith-Cameron in "Mi Vida Loca"; Christian Slater in "Dry Land"; and Samuel L. Jackson and Jimmy Smits in "Native Speech." Caris was a guest artist at such prestigious repertory theaters as the Arena Stage, and displayed a strong handle on the classics over the years in productions such as O'Neill's "Anna Christie," Shakespeare's "Henry IV Parts I and I" and Congreve's "The Way of the World."Although she made less than a handful of films, one need not look further in scouting out her possible leading lady potential than with her prime role in the intriguing British period piece Dreamchild (1985) starring Ian Holm as Lewis ("Alice in Wonderland") Carroll and Coral Browne as Alice Hargreaves, Carroll's inspiration for his "Alice" tales. As for TV, it was that medium's loss that she was not utilized more often. It didn't matter for Caris' first love was the theatre.In 1993, following a role in the movie The Pickle (1993) starring Danny Aiello, Caris' professional journey came to an end. From then on her life would be about recovery, rehabilitation and survival. While she would not be able to remember someone she had met minutes earlier, she would remember ME from our FSU days. And I have always remembered her -- her incredible beauty, both inside and out, her charisma, her amazing talent as a performer and her obvious love and dedication to her craft. Caris' one-woman show would become living proof of the extent of that love and dedication, and, more importantly, her belief that her life was not over but in a major transition.On January 13, 2007, Caris' life's journey ended, passing away peacefully in her sleep of a stroke at age 51. She continues to be cherished by the family, friends and actors she left behind whose lives she touched and inspired, and is deeply, deeply missed.