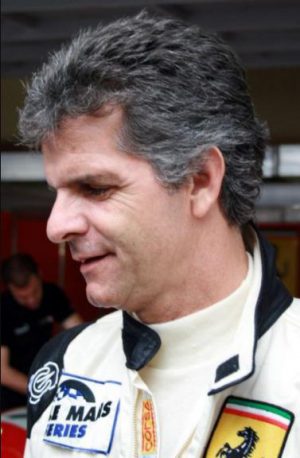 Chico is alive and kicking and is currently 65 years old.
Please ignore rumors and hoaxes.
If you have any unfortunate news that this page should be update with, please let us know using this .

Francisco "Chico" Serra (born 3 February 1957 in São Paulo) is a racing driver from Brazil. He won the 1979 British Formula 3 Championship. He participated in 33 Formula One World Championship Grands Prix for Fittipaldi and Arrows, debuting on 15 March 1981. He scored one championship point, for finishing sixth in the 1982 Belgian Grand Prix. After qualifying for the 1982 Canadian Grand Prix, Serra and countryman Raul Boesel had a short scuffle. Serra was furious at Boesel for blocking his last flying lap after waving Keke Rosberg by. Boesel denied that this was intentional. Serra made one CART Champ Car start in 1985 at the Portland International Raceway for Ensign Racing but suffered an engine failure.