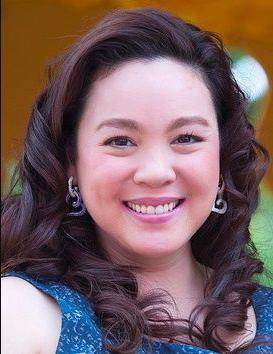 Claudine Margaret is alive and kicking and is currently 42 years old.
Please ignore rumors and hoaxes.
If you have any unfortunate news that this page should be update with, please let us know using this .

Does Claudine Barretto Have the coronavirus?

Claudine Barretto-Santiago is a Filipino film and television actress. She is best known for her lead role in the television series Mula Sa Puso, of which a film adaptation was released after its run and a remake later on. As a film actress, she has received two FAMAS Awards for Best Actress and a Luna Award for Best Actress.
Barretto landed her first ever television drama series in 1997 titled Mula sa Puso. The series ran for three consecutive years on ABS-CBN. That same year she starred in films like Home Along Da Riles 2 with Dolphy, Calvento Files: The Movie with Rio Locsin and Diether Ocampo, and F.L.A.M.E.S.The Movie with Rico Yan, Paula Peralejo, and Boots Anson-Roa.

In 1998, she portrayed Mela in the film Dahil Mahal na Mahal Kita which was directed by Wenn V. Deramas, alongside Rico Yan and Diether Ocampo. Then came 1999's Saan Ka Man Naroroon where she portrayed as triplets in the name of Rosario, Rosenda and Rosemarie which earned her a nomination for Best Actress in the Asian TV Awards. Also the same year she starred in films like Soltera with Diether Ocampo and Maricel Soriano, and the film adaptation of Mula sa Puso.
In March 2002, a month after the box-office success of their movie Got 2 Believe, Barretto lost her on-screen and real-life partner of four years, Rico Yan. The actor died of acute hemorrhagic pancreatitis cited as one of the most shocking deaths in Philippine showbiz. Barretto married actor Raymart Santiago in March 2006 but later divorced in 2013. They have two children, Sabina and Santino Santiago. In 2015, she adopted a child and named her Quia Barretto.
Claudine along with other siblings Marjorie and Gretchen Barretto were the center of a controversy in 2013 following a highly-publicized feud between them and their family. But in February 2019, the rift between her older sibling, Gretchen Barretto ended after 6 years, showing reconciliation between the two in a series of social media posts.