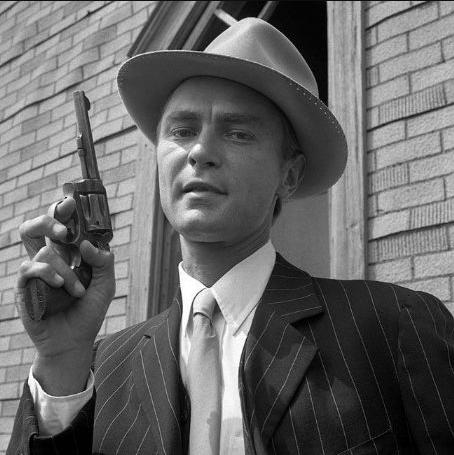 Louis Clinton Kimbrough (March 8, 1933 – April 9, 1996) was an American actor. Clint Kimbrough was born to Fred and Lucinda (Yoakum) Kimbrough in Oklahoma City. After his birth, his family moved to Allen Oklahoma where Clint, nicknamed “Scooter Bill”, attended and graduated from Allen High School (AHS) with the class of 1951.
He subsequently enrolled in the American Academy of Dramatic Arts in New York and shortly thereafter, with the help of fellow Oklahoman Lonny Chapman, secured a spot in Lee Strasberg's Actor's Studio, an incubator for many of the most promising talents of the era. Kimbrough quickly gained a reputation for his ability to understand the character he was asked to play. The Actor's Studio work resulted in his first film work in The Strange One, which used completely a cast and crew of Actor's Studio personnel. An appearance in A Face in the Crowd followed and produced a working relationship with director Elia Kazan that would span ten years.

Since 2007, in Allen, Oklahoma during the annual Alumni Weekend in June, a film festival has been held with the goal to provide the public with better understanding and appreciation for the amazing career of Allen's most recognized entertainer. The McDonald twins, Joy and June, are acting Co-Directors of the CKFF.