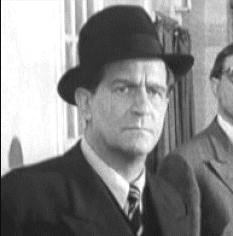 Colin passed away on December 1, 1995 at the age of 88 in Coates, Gloucestershire, United Kingdom. Colin's cause of death was natural causes.

Colin Tapley (7 May 1907 – 1 December 1995) was an actor in both American and British films. Born in New Zealand, he served in the Royal Air Force and an expedition to Antarctica before winning a Paramount Pictures talent contest and moving to Hollywood. He acted in a number of films before moving to Britain during the Second World War as a flight controller with the Royal Canadian Air Force.