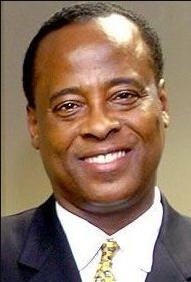 Conrad is alive and kicking and is currently 69 years old.
Please ignore rumors and hoaxes.
If you have any unfortunate news that this page should be update with, please let us know using this .

The trial of Conrad Murray (People of the State of California v. Conrad Robert Murray) was the American criminal trial of Michael Jackson's personal physician, Conrad Murray. Murray was charged with involuntary manslaughter for causing Jackson's death on June 25, 2009, from a massive overdose of the general anesthetic propofol. The trial, which started on September 27, 2011, was held in the Los Angeles County Superior Court in Los Angeles, California, before Judge Michael Pastor.