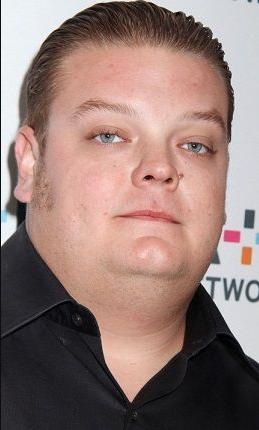 Corey is alive and kicking and is currently 39 years old.
Please ignore rumors and hoaxes.
If you have any unfortunate news that this page should be update with, please let us know using this .

Corey "Big Hoss" Harrison is the Partner and General Manager of Gold and Silver Pawn in Las Vegas, Nevada. The pawn shop is the setting of the History Channel's reality show, "Pawn Stars." Corey works at the store with his father, Rick Harrison, and his grandfather, Richard "Old Man" Harrison. His friend, Austin "Chumlee" Russell is also a member of the team.
Richard Corey Harrison was born on April 27, 1983, is the son of Rick Harrison and the grandson of Richard Benjamin Harrison, who co-own the World Famous Gold & Silver Pawn Shop in Las Vegas. He has three brothers, Christopher Harrison, Adam Harrison and Jake Harrison.

Following gastric lap band surgery in 2010 and a change to his diet, Harrison's weight went down from 365 lb (166 kg) to approximately 250 lb (113 kg) by July 2011. On April 26, 2014, hours before his 31st birthday celebration, Harrison was injured in a motorcycle accident. He suffered a broken arm, and injuries to his back and foot. Harrison divorced his first wife in 2015. In July 2017, Harrison married his second wife, Kiki, from whom he filed for divorce in August 2018. The divorce was confirmed on September 10, 2018.