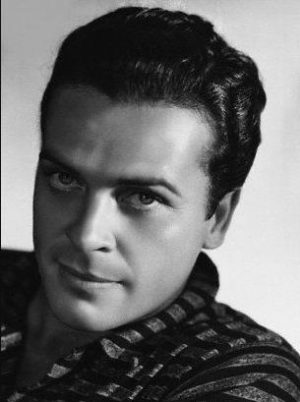 Craig passed away on October 22, 1949 at the age of 42 in French Hospital, Los Angeles, CA, USA. Craig's cause of death was motorcycle accident.

Craig Reynolds was an American film actor of the 1930s and 1940s. Reynolds was born in Anaheim, California, in 1907, the son of Leila Maybelle (née Goold) and Oscar Davenport Enfield. Reynolds enjoyed a film career spanning the 1930s and 1940s, although the majority of his roles occurred during the first decade of his career. He was an actor, known for Perils of Pauline (1933), Back in Circulation (1937) and Love Birds (1934).
As an actor with Warner Brothers he was seen as a rising star and played second lead in several films throughout the 1930s. These included Paris in Spring (1935), Gold Mine in the Sky (1938) and The Mystery of Mr. Wong (1939). However, his career stalled after he left acting to join up during the Second World War. He was awarded a Purple Heart for his military service, and returned to acting following the war. However, he was killed in October 1949, aged 42, in a motorcycle accident in Los Angeles, California.

He married actress Barbara Pepper in 1943, with whom he had two sons, John and Dennis. After his death in 1949, she never remarried.