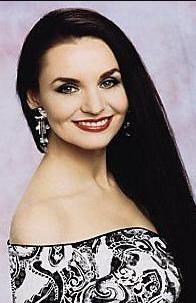 Brenda is alive and kicking and is currently 71 years old.
Please ignore rumors and hoaxes.
If you have any unfortunate news that this page should be update with, please let us know using this .

Does Crystal Gayle Have the coronavirus?

Crystal Gayle is an award-winning American country music singer. Best known for her 1977 country-pop crossover hit song, "Don't It Make My Brown Eyes Blue", she accumulated 20 number one country hits during the 1970s and 1980s with six albums certified Gold by the RIAA. Crystal Gayle became the first female artist in country music history to reach Platinum sales with her 1977 album, We Must Believe in Magic. Also famous for her nearly floor-length hair, she was voted one of the 50 most beautiful people in the world by People Magazine in 1983.
She is the younger sister (by 19 years) of singer Loretta Lynn, and a distant cousin of singer Patty Loveless. Gayle has a star on the Hollywood Walk of Fame near Loretta Lynn's star. Gayle too is also known along with her sisters Peggy Sue and Loretta Lynn as the Coal Miner's Daughter.

Gayle released two more studio albums during the 1990s: Ain't Gonna Worry (1990) produced by Allen Reynolds and Three Good Reasons (1992). Both albums failed to chart and their singles all failed to reestablish Gayle at country radio, which by this point had abandoned older artists of all kinds. Gayle subsequently recorded several specialty projects. She released two gospel albums – Someday (1995) and He Is Beautiful (1997). In 1999, she released the tribute album, Crystal Gayle Sings the Heart and Soul of Hoagy Carmichael. Gayle released a children's album, In My Arms, in 2000. Her most recent studio album was the 2003 standards collection, All My Tomorrows. Gayle has since released two live albums, Crystal Gayle in Concert (2005) and Live! An Evening with Crystal Gayle (2007).
On November 15, 2016 almost 50 years after making her debut as a guest artist, Crystal Gayle was asked to become a member of the Grand Ole Opry by Carrie Underwood. The two performed "Don't It Make My Brown Eyes Blue" before Underwood announced the invitation. Gayle was officially inducted by Loretta Lynn on January 21, 2017.
As of December 2016, Gayle was working on a new album, her first in 13 years. She stated that the album would be covers of country music classics and would be produced by her son, Chris, who has produced albums for numerous other country artists in the past. The project was titled Am I That Easy To Forget.