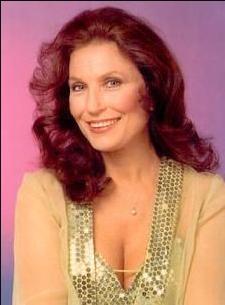 Loretta is alive and kicking and is currently 87 years old.
Please ignore rumors and hoaxes.
If you have any unfortunate news that this page should be update with, please let us know using this .

Does Loretta Lynn Have the coronavirus?

Loretta Lynn is a multiple gold album American country music singer-songwriter whose work spans nearly 60 years. She has received numerous awards and other accolades for her groundbreaking role in country music. She remains the most awarded female country recording artist.
Lynn was born in 1932 and raised in the mining community of Butcher Hollow, Van Lear, Kentucky. Loretta was the second of eight children. She was named after the film star Loretta Young. Lynn's father died in 1959 of black lung disease, so he was not able to see her success in the music industry. Her first single, "I'm A Honky Tonk Girl", was released the following year.

The Lynns were married for almost 50 years until Doolittle died at age 69 in 1996. In her 2002 autobiography Still Woman Enough and in an interview with CBS News the same year, she recounted how her husband cheated on her regularly and once left her while she was giving birth. She and her husband fought frequently, but she said that "he never hit me one time that I didn't hit him back twice". Loretta has said that her marriage was "one of the hardest love stories".
In May 2017, Lynn had a stroke at her home in Hurricane Mills, Tennessee. She was taken to a Nashville hospital and subsequently had to cancel all of her upcoming tour dates. Lynn also delayed the release of her new album Wouldn't It Be Great until 2018 when she would be well enough to promote it. According to her website, she is expected to make a full recovery. On January 1, 2018, Loretta fell and broke her hip.