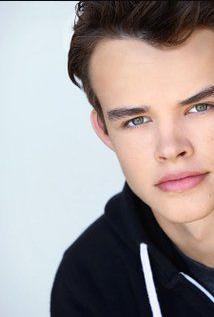 Curran is alive and kicking and is currently 24 years old.
Please ignore rumors and hoaxes.
If you have any unfortunate news that this page should be update with, please let us know using this .

Curran Walters is an American actor who was born on January 16, 1998. Walters is known for being the first live action actor of Jason Todd, a character from DC Comics, in the television series Titans.
Walters was born in 1998 in Oak Park, California and attended Oak Park High School. He began modeling for fashion brands including Tilly's, Lee Jeans, and Brothers. He began his acting career in commercials for Samsung Galaxy and the sports video game NBA 2K15. He made his television debut in the comedy film Growing Up and Down in 2014. Curran got more roles on television, including his recurring role as "Young Jackson" in the series Game of Silence in 2016. He also appeared in the first two-part episode of "Girl Meets High School: Part 1" in 2016 during the second season of Girl Meets World. Other television credits include Too Close to Home in 2016, Alexa & Katie in 2018, and the 2016 sitcom Speechless.

He made his second film appearance in the comedy-drama 20th Century Women in 2016, starring Annette Bening, Elle Fanning and Greta Gerwig. Walters made his third film appearance in the science fiction film for television Playing Dead in 2018. He appeared as Jason Todd in episode six of Titans and had a recurring role in the series throughout the rest of the first season. He was the first live action portrayal of Jason Todd in the character's history.