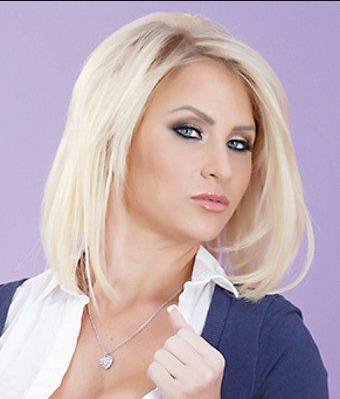 Daisy passed away on September 3, 2019 at the age of 28 in Las Vegas, Nevada, USA. Daisy's cause of death was suicide.

Daisy Monroe is an American adult movie star who was born on December 10, 1990.
She grew up in a small town in the Midwest in a middle upper class family with loving parents and a sister. At the age of eighteen she enhanced her breasts. Before she focused on her career as an adult movie star, she worked as a stripper in Nevada.

Daisy started her adult career in 2014 when she was twenty-four years old. She has tattooed a whole sleeve on her arm, as well as tattoos on the side of her torso and on her back. Daisy also has a few piercings including Monroe on her upper lip, on her belly button and on her clithood.
In her spare time she loves to stay at home and watch Netflix. In the future she sees herself as a successful star that has collaborated with all the notable and big companies.