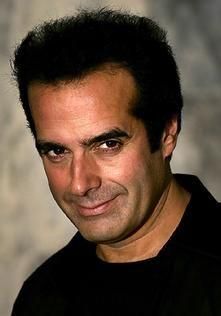 David is alive and kicking and is currently 65 years old.
Please ignore rumors and hoaxes.
If you have any unfortunate news that this page should be update with, please let us know using this .

Does David Copperfield Have the coronavirus?

David Copperfield is an American illusionist, and has been described by Forbes as the most commercially successful magician in history. Copperfield's television specials have won 21 Emmy Awards of a total 38 nominations. Best known for his combination of storytelling and illusion, Copperfield's career of over 40 years has earned him 11 Guinness World Records, a star on the Hollywood Walk of Fame, a knighthood by the French government, and he has been named a Living Legend by the US Library of Congress.
At age 18, Copperfield enrolled at New York City's Jesuit-based Fordham University, but three weeks into his freshman year he left to play the lead role in the musical The Magic Man in Chicago. It was on this occasion that he adopted the stage name "David Copperfield", taken from the famous Charles Dickens novel because he liked the sound of it. Copperfield sang, danced and created most of the original illusions used in the show. The Magic Man became the longest-running musical in Chicago's history.

Copperfield's career in television began in earnest when he was discovered by Joseph Cates, a producer of Broadway shows and television specials. Cates produced a magic special in 1977 for ABC called The Magic of ABC, hosted by Copperfield, as well as several The Magic of David Copperfield specials on CBS between 1978 and 2001. There have been 18 Copperfield TV specials and 2 documentaries between September 7, 1977, and April 3, 2001.
In 1993 at a Berlin celebrity gala Copperfield met German supermodel Claudia Schiffer when he brought her on stage to participate in a mind-reading act and his flying illusion, and in January 1994 they became engaged. During the engagement, Schiffer sometimes appeared on stage with Copperfield to act as his special guest assistant in illusions including being sawn in half. She also appeared alongside Copperfield in David Copperfield: 15 Years of Magic (1994), a documentary in which she played the role of a reporter interviewing him, and at the end of which they reprised their performance of the "Flying" illusion. After a nearly six-year engagement, in September 1999 they announced their separation, citing work schedules.
Copperfield's girlfriend Chloe Gosselin, a French fashion model 28 years his junior, gave birth to his daughter, Sky, in February 2010. This did not become public until The New York Post reported it in August 2011.