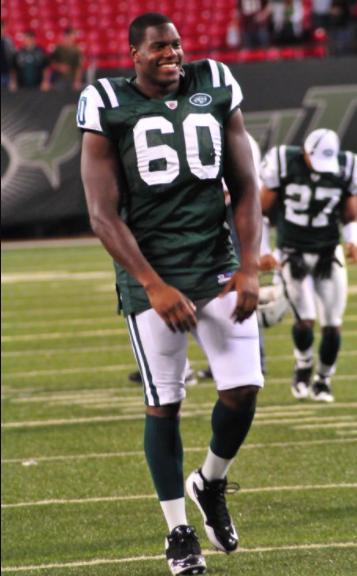 D'Brickashaw is alive and kicking and is currently 39 years old.
Please ignore rumors and hoaxes.
If you have any unfortunate news that this page should be update with, please let us know using this .

D'Brickashaw Montgomery Ferguson (born December 10, 1983), is an American football left tackle for the New York Jets of the National Football League (NFL). He played college football for the University of Virginia and received All-American honors. He was picked by the Jets fourth overall in the 2006 NFL Draft, and has been selected for the Pro Bowl three times.