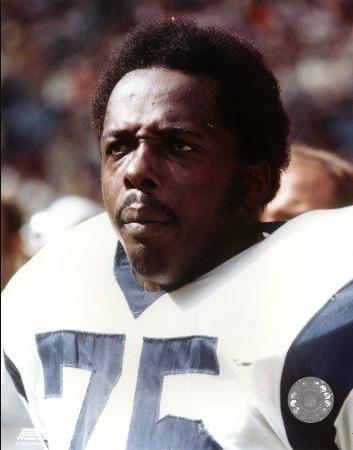 David D. "Deacon" Jones (December 9, 1938 – June 3, 2013) was an American football defensive end in the National Football League for the Los Angeles Rams, San Diego Chargers, and the Washington Redskins. He was inducted into the Pro Football Hall of Fame in 1980.