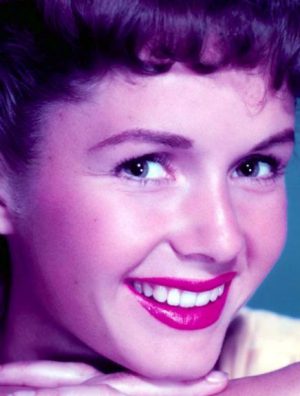 Debbie passed away on December 28, 2016 at the age of 84 in Los Angeles, California, USA. Debbie's cause of death was massive stroke.

Mary Frances "Debbie" Reynolds was an American actress, singer, businesswoman, film historian, and humanitarian. She was nominated for the Golden Globe Award for Most Promising Newcomer for her portrayal of Helen Kane in the 1950 film Three Little Words, and her breakout role was her first leading role, as Kathy Selden in Singin' in the Rain. Other successes include The Affairs of Dobie Gillis (1953), Susan Slept Here (1954), Bundle of Joy (1956 Golden Globe nomination), The Catered Affair (1956 National Board of Review Best Supporting Actress Winner), and Tammy and the Bachelor (1957), in which her performance of the song "Tammy" reached number one on the Billboard music charts. In 1959, she released her first pop music album, titled Debbie.