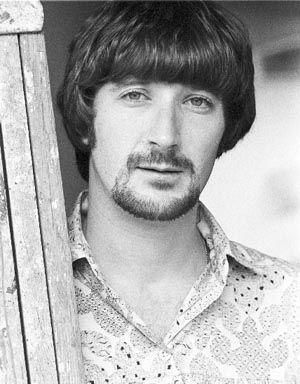 Denny passed away on January 19, 2007 at the age of 66 in Mississauga, ON, Canada. Denny's cause of death was kidney failure.

Dennis Gerrard Stephen Doherty (November 29, 1940 – January 19, 2007) was a Canadian singer, songwriter and musician. He was most widely known as a founding member of the 1960s musical group The Mamas & the Papas.
In late 1965, Doherty and Michelle Phillips started an affair. They were able to keep it secret during the early days of the band's success. When the affair was discovered, John and Michelle moved to their own residence (they had been sharing a house with Doherty), and the band continued recording together. Eventually the group signed a statement in June 1966 with their record label's full support, firing Michelle from the band. She was quickly replaced by Jill Gibson, girlfriend of the band's producer Lou Adler. Gibson's stint as a "Mama" lasted two and a half months.

After a string of hit singles, many television appearances, a successful third studio album (The Mamas and the Papas Deliver in March 1967), and the group's appearance at the Monterey International Pop Festival (which had been organized by John Phillips and Lou Adler) in June 1967, an ill-fated trip to England in October 1967 fragmented the already damaged group dynamic. Elliot quit after a stinging insult from John Phillips (although she returned to complete her parts for the group's fourth album, The Papas and the Mamas, which was finally released in May 1968). By then, Michelle had given birth to Chynna Phillips (in February 1968) and a formal statement had been released announcing the group's demise.
Doherty had three children: a daughter, Jessica Woods, from a brief first marriage, and a daughter, Emberly, and son, John, by his 20-year marriage to his second wife, Jeannette, who died in 1998. His son, John Doherty, was temporarily in the Canadian ska/punk band, illScarlett.
Doherty died on January 19, 2007, at his home in Mississauga, Ontario, from kidney failure following surgery for an abdominal aortic aneurysm.