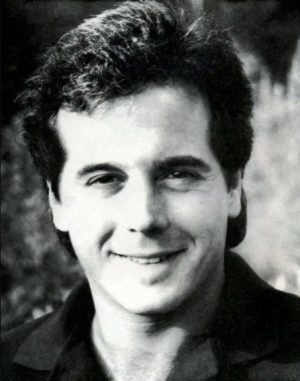 Desi is alive and kicking and is currently 69 years old.
Please ignore rumors and hoaxes.
If you have any unfortunate news that this page should be update with, please let us know using this .

Does Desi Arnaz Jr. Have the coronavirus?

Desi Arnaz Jr.'s mother, Lucille Ball, died on April 26, 1989 as she was 77 years old. Her cause of death was acute aortic aneurysm.

Desi Arnaz Jr. is an American actor and musician, the son of entertainers Lucille Ball and Desi Arnaz and the brother of actress Lucie Arnaz.
Arnaz is a native of Los Angeles, California. His older sister is actress Lucie Arnaz, who was born in 1951. His birth was one of the most publicized in television history. His parents were the stars of the television sitcom I Love Lucy, and Ball's pregnancy was part of the storyline, which was considered daring then. The same day Lucy gave birth to Desi Jr., the fictional Lucy Ricardo gave birth to "Little Ricky". As a testament to how interested the American public was in Lucy's TV baby, Arnaz appeared on the cover on the very first issue of TV Guide with a title that read: "Lucy's $50,000,000 baby." The reason he was given this title was because revenue from certain tie-in commitments were expected to top that mark.

Arnaz has a daughter, Julia Arnaz, from a relationship with a model when he was 15 years old; Julia's relationship to Desi Jr. was proven by a paternity test in 1991.
Arnaz dated actress Patty Duke when he was 17 and she was 23. The relationship became tabloid news and his mother did not approve of them together. After they broke up, writer and music producer Michael Tell offered to marry Duke as a way out of the scandal. Their marriage lasted only 13 days, and when Duke became pregnant, she would later tell her son, Sean Astin, that Arnaz was his biological father. Arnaz and Astin developed a close relationship, although genetic tests later revealed that Tell was his father. He said, "I can call any of them on the phone any time I want to," says Sean. "John, Desi, Mike or Papa Mike...my four dads."
Arnaz was subsequently involved with entertainer Liza Minnelli, another relationship of which his mother disapproved; Ball thought that the singer-actress was too old for her son and, because of Liza's perceived reckless lifestyle, not a good influence upon him. Arnaz accompanied Minnelli to the Academy Awards ceremony in March 1973 when she won the Academy Award for Best Actress.
Arnaz was married to actress Linda Purl from 1980 to 1981. On October 8, 1987, Arnaz married Amy Laura Bargiel. They lived in Boulder City, Nevada, with their daughter Haley, and own the Boulder Theatre, a cinema converted into a theatre and home to the Boulder City Ballet Company.
Desi's wife Amy died of cancer in 2015, at the age of 63. Both Desi and Amy were followers of Vernon Howard and attended meetings of Vernon's New Life Foundation in Boulder City.