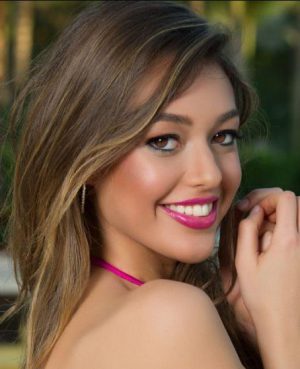 Dilan is alive and kicking and is currently 27 years old.
Please ignore rumors and hoaxes.
If you have any unfortunate news that this page should be update with, please let us know using this .

Dilan Çiçek Deniz (born in 1995) is a Turkish actress, model and beauty pageant titleholder who was crowned Miss Universe Turkey 2014 and represented her country at the Miss Universe 2014 pageant.
Dilan participated in 2014 Elidor Miss Turkey beauty competition and won the 2. place. In the 2015 Miss universe pageant that took place in Miami she represented Turkey. In 2015 she acted as 'Ebru' in Tatlı Küçük Yalancılar. In that TV show she was joined with Bensu Soral, Şükrü Özyıldız, Alperen Duymaz, Beste Kökdemir, Büşra Develi, and Burak Deniz.

Deniz was crowned as Miss Universe Turkey. At the same pageant with three other winners of Miss Turkey 2014. Deniz and three queens who were crowned as Miss World Turkey as the official winner of the pageant, Miss Earth Turkey as the third place and the last place as Miss International Turkey. The Miss Turkey pageant for 2014 was held at the Star TV Studios in Istanbul on May 27.
In 2015 she also acted as 'Elif' in Güneşin Kızları TV show with Hande Erçel and Tolga Sarıtaş. From August 2016 to June 2017 she played a leading role in the series Bodrum Masalı. In 2016 she was awarded with the shining star award at the Golden Butterfly Awards. In 2018 she appeared in a lipstick commercial for Avon Products. In January 2018, it was revealed that she was in a relationship with actor Furkan Andıç. The two broke up in November 2018.