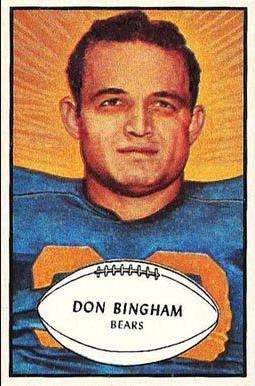 Donald Dean Bingham (November 7, 1929 – July 17, 1997) was an American football halfback who played one season with the Chicago Bears of the National Football League. He was drafted by the Chicago Bears in the seventh round of the 1953 NFL Draft. He played college football at Sul Ross State University and attended Odessa High School in Odessa, Texas.