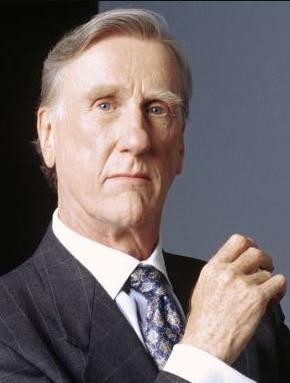 Donald passed away on December 20, 2018 at the age of 87 in Sleepy Hollow, New York, USA. Donald's cause of death was complications of a stroke.

Donald Moffat is an English actor, long based in the United States. Moffat was born in Plymouth, Devon, the only child of Kathleen Mary (née Smith) and Walter George Moffat, an insurance agent. His parents ran a boarding house in Totnes. Completing his studies at the local King Edward VI School and national service in the Army from 1949 to 1951, Moffat trained at the Royal Academy of Dramatic Art in London.
He was nominated for the Drama Desk Awards for Outstanding Actor in a Play for his work in Play Memory (1984) and for Outstanding Featured Actor in the revival of Eugene O'Neill's The Iceman Cometh (1986) with Jason Robards. He won an Obie for Painting Churches. In 1998, he was nominated for a Gemini Award for his performance as attorney Joe Ruah in the CBC miniseries The Sleep Room.

He also appeared in many Broadway and Off-Broadway plays, including the world premieres of John Guare's A Few Stout Individuals (as Ulysses S. Grant), Painting Churches, The Heiress, The Cherry Orchard, Much Ado About Nothing, The School for Scandal, The Affair and Hamlet.
Moffat married actress Anne Murray in 1954; they had a daughter, Wendy, and a son, Gabriel. He later married actress Gwen Arner.