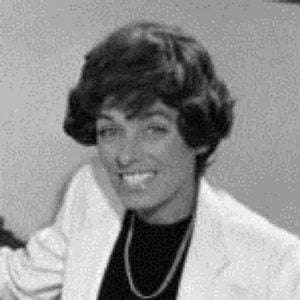 Dorothy passed away on October 19, 1981 at the age of 57 in Los Angeles, California, United States. Dorothy's cause of death was lung cancer.

Dorothy Jo Gideon was born on February 25, 1924 in Springfield, Missouri, USA. She was married to Bob Barker. She died on October 19, 1981 in Los Angeles, California, USA. The 19-time Emmy Award winner Bob Barker met the love of his life, his wife Dorothy Jo Gideon when he was still in High school. In an interview, he recalls his first date with her at age 15 when he took her to a concert in Missouri.
Their love even defied authority when he took a leave from the US Navy to elope with her in 1945. It was 36 years of bliss and joy until October 19th, 1981 when death took her from him. Dorothy died of lung cancer.

The couple shared many memories as well as the passion for animal’s rights. While Dorothy was alive, she lived as a vegan and pretty soon rubbed off onto him as well. He took up the mantle after she was gone and became an Animal Rights Activist.