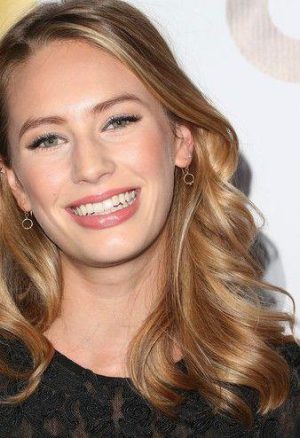 Dylan is alive and kicking and is currently 31 years old.
Please ignore rumors and hoaxes.
If you have any unfortunate news that this page should be update with, please let us know using this .

Does Dylan Penn Have the coronavirus?

Dylan Penn's father, Sean Penn, is still alive and kicking at the age of 61. He is American and has had a career as a movie actor.

Dylan Penn's mother, Robin Wright, is still alive and kicking at the age of 56. She is American and has had a career as a actress.

Dylan Frances Penn is an American model and actress. She is the daughter of Sean Penn and Robin Wright. Her early public roles included modelling campaigns for Gap Inc., a controversial magazine cover for treats!, a music video appearance in Nick Jonas' "Chains" and an acting role in Elvis & Nixon.Early life Penn's mother, Robin Wright, had surrendered the role of Maid Marian in Robin Hood: Prince of Thieves due to her pregnancy with Dylan. Penn was born to Wright and Sean Penn in Los Angeles on April 13, 1991, and raised in Ross, a town in Marin County, California. Her father, Penn, is a two-time Academy Award for Best Actor-winner, while her mother, Wright, is a Golden Globe Award for Best Actress - Television Series Drama-winner. She has a younger brother named Hopper Jack. She attended Marin Academy. After high school, she spent time living in New York City. Her parents' divorce was finalized in 2010. Before modeling, Penn had worked delivering pizzas, as a waitress, and as a freelance screenplay editor. She also worked in New York City as a restaurant hostess and an intern at an advertising agency.Public life Penn's first modeling billboards were for Gap in 2013. Then she appeared in GQ in December 2013, in W in January 2014, and Elle in March 2014.E! Online reported on March 5, 2014, that Penn had declined a $150,000 offer to pose for the cover of Playboy. However, she accepted an offer to pose for Tony Duran for the cover and a full layout in the seventh issue of treats!, which was released on April 8, 2014. Although nude, Penn was not completely exposed, as she was partially obscured by a Fendi bag in the cover photo and similar accoutrements in the interior layout. Penn said that she had "always loved [Duran's] black-and-white nudes". At the time of the issue's April 16 launch party in Los Angeles, she was filming Condemned in New York. She stated that she was experimenting with the profession of acting. Within weeks of the issue's release, Penn signed a new modeling contract with Premier Model Management to represent her in the United Kingdom. Penn has noted that she only models to earn a paycheck. She aspires to be involved on the writing/directing end of the Hollywood business.On May 23, 2014, Maxim revealed its annual Hot 100 list, which included Penn at #68. Penn was also listed at #93 in the 2014 AskMen 99 Most Desirable Women list. During the last weekend in June 2014, she filmed an undisclosed video project with Nick Jonas at the Hotel Alexandria. In July, Jonas revealed the video to "Chains", including the Penn performance. In September 2014, Penn received a lot of attention for appearing without pants alongside Poppy Delevingne in Rock Roll Ride, a short film directed by Julia Restoin Roitfeld, as biker chicks for shoe designer Stuart Weitzman during Paris Fashion Week. The pair modeled a wide variety of the latest boot designs. It was the first female-directed ad campaign for the brand. She appeared on the cover of L'Officiel that December and the cover of Asos in August 2015. In January 2016, Penn and her younger brother, Hopper, did their first joint fashion modeling campaign together, eventually making media appearances at Milan Fashion Week.Acting Her first film, the horror film Condemned, in which she plays the girlfriend of a band member living in a rundown building, is directed by Eli Morgan Gesner. The film opened on Friday the 13th in November 2015. One of the highlights of her performance was a scene with Johnny Messner that was described as "intense" by Marlow Stern of The Daily Beast. Upon reviewing the film, Frank Scheck of The Hollywood Reporter questioned Penn's decision to get involved in this production. Noel Murray of Los Angeles Times described her performance as less than extraordinary and the role as limited. Another early role was in Elvis & Nixon, which stars Kevin Spacey. The movie was presented in at least one spring film festival and was released in April 2016. In November 2015 it was announced that she had booked roles in a pair of independent films: GenRX and Unfiltered.