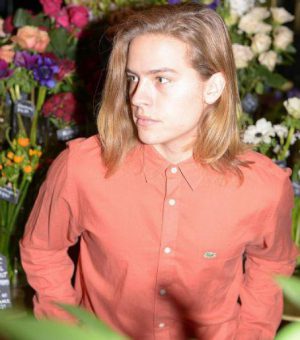 Dylan is alive and kicking and is currently 29 years old.
Please ignore rumors and hoaxes.
If you have any unfortunate news that this page should be update with, please let us know using this .

Does Dylan Sprouse Have the coronavirus?

Twins Dylan and Cole Sprouse were born August 4, 1992, in Arezzo, Italy, to American parents, Melanie and Matthew Sprouse. The Sprouses began their acting career at the tender age of six months. From 1993 to 1998, the twins shared the role of Brett Butler's youngest child, Patrick Kelly, on ABC's series Grace Under Fire. The twins then moved on to what is probably their most memorable role as Julian in Adam Sandler's box-office hit Big Daddy (1999). During that same month, their second feature film, The Astronaut's Wife (1999), starring Johnny Depp and Charlize Theron, was also released.
Dylan and Cole were featured in Dana Carvey's film The Master of Disguise (2002), in which they played the role of Young Pistachio. The boys then shared voice-over roles in Adam Sandler's animated feature Eight Crazy Nights (2002), and, in the fall of 2003, the twins shared the lead role of Jeremiah in The Heart Is Deceitful Above All Things (2004). Most recently, the boys starred together in their own half hour sitcom The Suite Life of Zack and Cody (2005) on the Disney Channel. The show was popular enough to spawn a sequel, The Suite Life on Deck (2008).