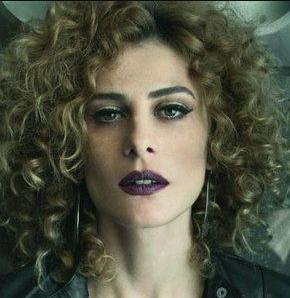 Ebru is alive and kicking and is currently 43 years old.
Please ignore rumors and hoaxes.
If you have any unfortunate news that this page should be update with, please let us know using this .

Does Ebru Özkan Have the coronavirus?

Ebru Özkan is a Turkish actress. She later rose to prominence by acting in the television drama Kabuslar Evi: Bir Kış Masalı (2006). Ebru is known for her character "Dilara" in the series Paramparça.BiographyEbru is a Turkish actress. She studied at Ankara University. Since her graduation, she has performed several major roles for the stage, including Juliet in Romeo and Juliet. She shot to prominence as the lead in, among others, three record-breaking Turkish television dramas. She made her screen debut in 2006 in Kabuslar Evi: Bir Kış Masalı's feature Melisa, and later starred in Kara İnci in 2007. In the same year she appeared in the television series Çınar Ağacı 2010. She came to international attention for her roles in Paramparca With Erkan Petekkaya, Barış Falay and Nurgül Yeşilçay (2014–2016) Paramparça is a Turkish drama television series which was broadcast on Star TV from 1 December 2014 to present.Not Defteri With Fatih Al (2014) . She continued her movie career with a role in Rüzgar hatıraları "Memories of the Wind"(2013) With Tuba Büyüküstün.Ebru Özkan is an actress, known for Broken Pieces (2014), Memories of the Wind (2015) and Cinar Agaci (2011).