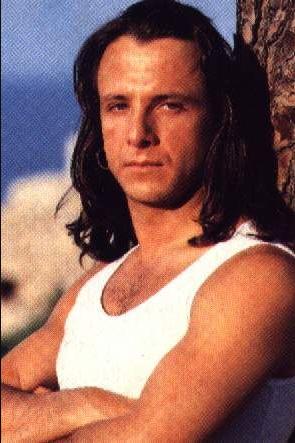 Eduardo passed away on November 6, 2003 at the age of 41 in Los Angeles, California, United States. Eduardo's cause of death was heart attack.

Eduardo Palomo's father, Jesus Estrada, is still alive and kicking at the age of 34. He is Mexican and has had a career as a reality tv.

Eduardo Estrada Palomo was a Mexican actor. Palomo became famous across Mexico and Latin America after his 1993 characterization of Juan del Diablo in Corazón salvaje. Palomo who started acting in the theatre at the age of 12, found fame with the success of Corazón Salvaje. He went on to make several other successful Soap Operas and films in Mexico. He also recorded a CD "Mover El Tiempo" in 1993. He was determined not to play in any other telenovelas after Ramona (co-starring Kate del Castillo), but the sequel to Corazón Salvaje was something he could not refuse. He was working on an L.A. production of the play Una Pareja Con Ángel (written by Eduardo and successfully produced in Mexico) when he died.
Palomo was in the process of crossing-over to United States television audiences where he guest starred on shows such as "Arrested Development" and "Kingpin" and was to star in a CBS series. His last movie was A Day Without a Mexican.

Son of Jesús Estrada and Miliza Palomo, brother of Jesús Jr. and Susana, he married the singer/actress Carina Ricco on November 26, 1994. They had two children. He moved from his native Mexico to pursue a career in Hollywood, before he died in Los Angeles from a heart attack.[1][2]