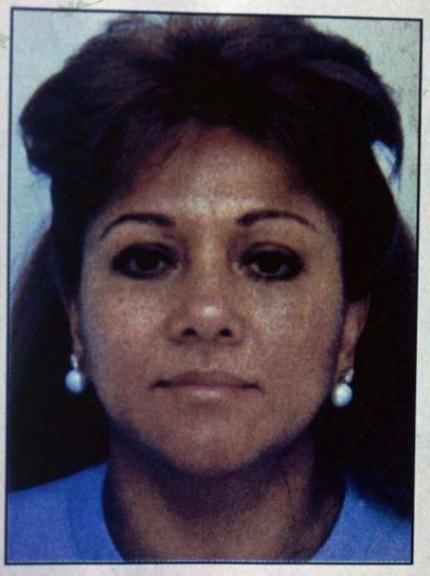 Elizabeth passed away on February 1, 1996 at the age of 46 in Bogotá, DC, Colombia. Elizabeth's cause of death was assassinated.

Elizabeth Montoya de Sarria (born May 25, 1949 in Armenia , Quindio - killed in February 1996 in Bogotá, DC), known as " La monita retrechera " was an intermediary between the Liberal Party and several drug traffickers who financed her campaigns presidential elections of 1990 and 1994. 1 The scandal is known as Process 8,000.
Montoya de Sarria was murdered at the age of 46 in an apartment on the third floor north of the city of Bogotá. Hitmen fired 14 bullets that ended his life. Sarria's bodyguard, Jesús Humberto Vargas Rojas, was also killed moments later on the first floor of the building. The hitmen fled in a brown Mazda Asahi, with BBW-890 plates. Her husband Jesús Sarria Agredo was being held at the Barne prison in Tunja for "drug trafficking and illicit enrichment."

The main suspect in the death of Montoya and his relatives was Orlando Sánchez Cristancho , a drug trafficker with the aliases of 'El Caballista', 'Martín' or 'El hombre del overallol'. 5 Sánchez was the same man as the drug dealer Santa Lopesierra said he asked for money to cover the evidence that was between the campaign President Samper and drug trafficking. on the other hand, Marin Montoya Marielly Jesus Amado Sarria accused of involvement in the murder of his own wife.
Montoya was murdered 7 months after Santiago Medina, former treasurer of the presidential campaign of Samper Pizano, confessed the entry of money from drug trafficking through the work of Montoya. A month before the murder, Colombian authorities had arrested Montoya's husband, Jesús Amado Sarria, investigated for alleged illicit and drug trafficking enrichment. The assassination of Montoya is currently investigated alongside that of conservative leader Álvaro Gómez Hurtado as part of a plot between drug traffickers and members of the presidential staff to hide relations between the Liberal Party and drug trafficking.