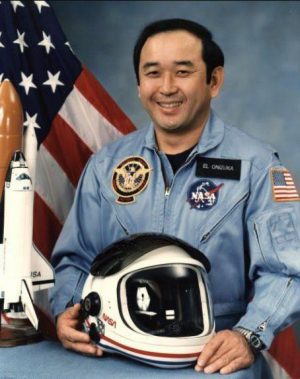 Ellison Shoji Onizuka (June 24, 1946 – January 28, 1986) was an American astronaut from Kealakekua, Hawaii, who successfully flew into space with the Space Shuttle Discovery on STS-51-C. He died in the destruction of the Space Shuttle Challenger, on which he was serving as Mission Specialist for mission STS-51-L. He was the first Asian American to reach space, and the first person of Japanese ancestry to reach space.