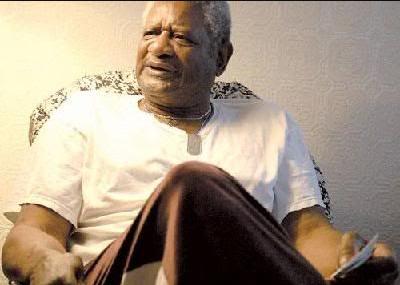 Elmo is alive and kicking and is currently 87 years old.
Please ignore rumors and hoaxes.
If you have any unfortunate news that this page should be update with, please let us know using this .

Does Elmo Henderson Have the coronavirus?

Elmo Henderson born April 8, 1935 is an African-American former boxer from Texas. Despite his 1972 win against Muhammad Ali in an exhibition match in San Antonio, Texas, he did not become particularly well known in the boxing community; John Spong of the Texas Monthly said that the match was the "shot not heard round the world". After the match, Henderson became a part of George Foreman's Rumble in the Jungle event in Zaire and won a libel suit against Norman Mailer and Playboy. As of 2003, Henderson was a homeless man in Austin, Texas. Now in 2015 Mr Henderson lives in a care home in Northern California.