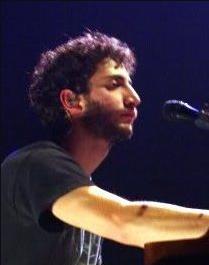 Eric is alive and kicking and is currently 47 years old.
Please ignore rumors and hoaxes.
If you have any unfortunate news that this page should be update with, please let us know using this .

Eric Fares (born July 6, 1975) is the multi-instrumentalist for the Sam Roberts band playing and recording with the Juno Award winning Canadian rock singer-songwriter since 1996, whose 2001 debut release, The Inhuman Condition, became one of the bestselling independent releases in Quebec and Canadian music history.