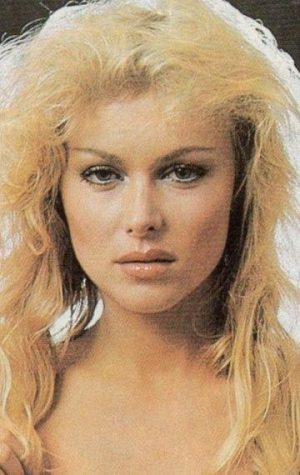 Evelyne achieved her greatest enduring cult cinema popularity with her memorable starring role as the innocent, yet alluring Amazonian jungle goddess Ah Wei in the gloriously daft Hong Kong giant creature feature "The Mighty Peking Man." Kraft had another lead part as the titular character in the amusing lowbrow horror comedy romp "Lady Dracula." Her last role was as a terrorist posing as a secretary in "Assassination Attempt." After she called it a day as an actress, Evelyne dedicated herself to charity-focused construction work in Africa with her own building company based in Nigeria. Evelyne died at the tragically young age of 57 from heart failure on January 13, 2009 in Islisberg, Aargau.