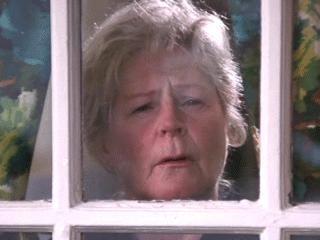 Florence Paterson (Nov. 3, 1927 – July 23, 1995) was a Canadian actress. The daughter of machinist and politician George Nightingale and Violet Noseworthy, she was born in St. John's, Newfoundland and was educated there.
She taught school for a time and then trained in nursing. She married John Paterson. She joined the St. John's Players in 1954, won awards at several drama festivals in the province and performed on CBC radio. She moved to Halifax, Nova Scotia in 1972, where she performed with the Neptune Theatre Company.

In 1989, she moved to Vancouver, British Columbia. She appeared in the 1990 movie Bird on a Wire, the 1990 television adaptation of Stephen King's "It" as Ms. Kersh, and the 1994 movie Little Women as Hannah. She also appeared in the CBC television series Backstretch. Paterson died in Vancouver at the age of 67.