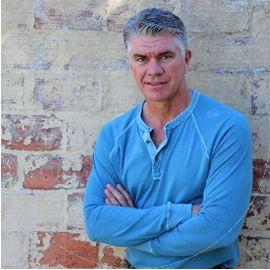 Frans is alive and kicking and is currently 55 years old.
Please ignore rumors and hoaxes.
If you have any unfortunate news that this page should be update with, please let us know using this .

Does Frans Cronje Have the coronavirus?

Frans Cronjé was born in Bloemfontein in the Free State, South Africa. He worked as a physiotherapist by profession for 7 years but primarily his focus during that time was his career playing provincial rugby for the Free State and professional cricket in South Africa and England. After being inspired by the book Faith Like Potatoes in 1999, Frans knew he had to make that story into a film. With little to no experience in filmmaking, Frans started Global Creative Studios, purposely for the reason to tell stories that inspire. Only in 2006 did the filming for Faith Like Potatoes begin. With the help of Sony Pictures Home Entertainment this movie has been translated into many different languages, distributed to many nations across the Globe. Over 3,3 million DVDs have been sold to date. Frans went on to produce and publish a Biography called "The Hansie Cronjé Story" about his brother who was one of South Africa's most successful cricket captains. He also wrote the screenplay and produced HANSIE the movie. Frans continues to write books and screenplays, act, produce and direct feature films that will inspire. He wrote and published a book called Destined To Win in 2009. He was producer, co-writer and co-director of a lower budget film called Baroudeur aka Break Away (released in 2012). He was also the lead actor in this movie. His latest film (as director), Born to Win was released in South African cinemas on 15 August 2014. The USA release was done by Lionsgate in January 2016. Other countries where Born to Win is already available include Germany and Brazil. Frans recently played the lead role of "James" in a South African adventure movie with a Christian theme, called "Kumbula - I will remember". He now lives in Cape Town, South Africa with his wife and two children.