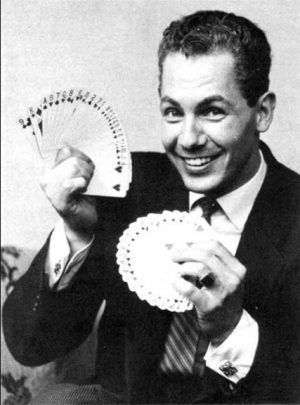 Fred Kaps (official name Abraham Pieter Adrianus Bongers) (June 8, 1926 – July 22, 1980) was a Dutch magician, famous for being the only magician to become FISM Grand Prix world champion three times. He was the creator of numerous original effects including his version of the color-changing silks. Another popular effect he often performed was the long-pour salt trick. Part of the act has Kaps exhibiting facial expressions of great surprise and disbelief, as he tries unsuccessfully to desperately stop the flow.