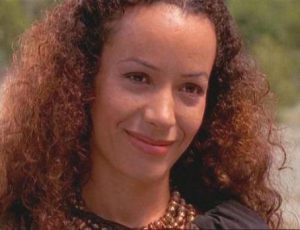 Galyn passed away on July 14, 2020 at the age of 55 in Los Angeles, California, USA. Galyn's cause of death was lung cancer.

Galyn Görg, also credited as Galyn Gorg, Galan Gorg and Gaylyn Görg is an actress and dancer, best known for her role on M.A.N.T.I.S., television’s first black superhero program, as Lt. Maxwell, her role on the television show Twin Peaks as Nancy O'Reilly, and her role as starring dancer on two separate Italian variety shows, Fantastico on the channel RAI and SandraRaimondo Show on the channel Canale 5.