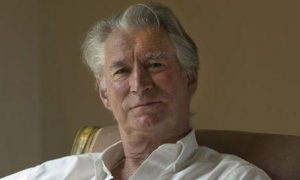 Geoffrey Alan Burgon (15 July 1941 – 21 September 2010) was a British composer best known for his television and film scores. Among his most recognisable works are Monty Python's Life of Brian for film, and Tinker Tailor Soldier Spy and Brideshead Revisited for television, the latter two earning Ivor Novello Awards in 1979 and 1981 respectively. He also won Baftas for his themes for the remake of The Forsyte Saga and Longitude.