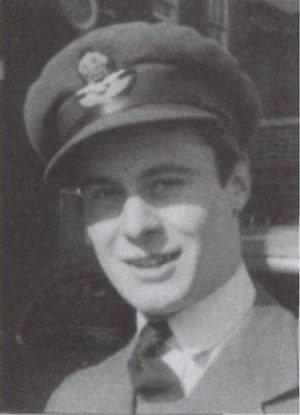 Geoffrey is alive and kicking and is currently 101 years old.
Please ignore rumors and hoaxes.
If you have any unfortunate news that this page should be update with, please let us know using this .

Does Geoffrey Wellum Have the coronavirus?

Squadron Leader Geoffrey Wellum DFC (born 4 August 1921), is a British Battle of Britain fighter pilot and author. Born an only child in Walthamstow, Essex, Wellum was educated at Forest School, Snaresbrook before serving in the RAF.Career1921–1942Flight Lieutenant Brian Kingcome (left), commanding officer of No. 92 Squadron Royal Air Force and his wingman, Flying Officer Geoffrey Wellum, next to a Supermarine Spitfire at RAF Biggin Hill, Kent, 1941Aged eighteen, he signed up on a short-service commission with the Royal Air Force in August 1939. The first aircraft he flew was the Tiger Moth at Desford airfield in Leicestershire; after successfully completing the course he then went on to fly the North American Harvard at RAF Little Rissington with 6FTS.He was then posted directly in May 1940 to 92 Squadron, flying Spitfires. He saw extensive action during the Battle of Britain. His first Commanding Officer was Roger Bushell, (later immortalised in The Great Escape), and his close colleagues included Brian Kingcome.Officers and guests celebrating the first anniversary of the arrival of No. 92 Squadron RAF at RAF Biggin Hill, September 1941.Front row, (left to right): Wg Cdr John A. Kent (Kentowski), Flt Lt Anthony Bartley, Mrs Wade, Flt Lt Robert Holland, Plt Off Trevor Wade and two unidentified ladies. In the back - Plt Off Sebastian Maitland-Thompson, Fg Off Tom Weiss (Intelligence Officer) and Fg Off Geoffrey Wellum.He claimed a Heinkel He 111 shot down on 11 September, and a quarter share in a Junkers Ju 88 downed on 27 September 1940. Two (and one shared) Messerschmitt Bf 109s were claimed 'damaged' during November 1940. A Bf 109 was claimed shot down on 9 July 1941 over France.In February 1942 he was transferred to 65 Squadron based at Debden, being appointed a Flight Commander in March 1942.On 11 August 1942, Wellum led eight Spitfires launched from the carrier HMS Furious to reinforce the fighter complement at Luqa airfield on Malta. Here he joined 145 Squadron on air defence duties.1943–1961Wellum suffered severe sinusitis and battle fatigue after three years' intensive frontline flying. He returned from Malta to Britain, becoming a test pilot on the Hawker Typhoon, based at Gloster Aircraft.He finished the war as a gunnery instructor, staying in the RAF, first as a staff officer in West Germany, followed by a four-year tour with 192 Squadron. He married Grace, his wartime girlfriend, and they had three children.1961 to 1980sWellum left the Royal Air Force in 1961, working with a firm of commodity brokers in the City of London, set up his own business and then took over the family business.RetirementIn the mid-1980s, with the family business in liquidation and his divorce pending, Wellum retired, as he had promised himself in his youth, to The Lizard peninsula, Cornwall, settling in Mullion. To prove to himself that he had actually done something with his life, he took his wartime notebooks and wrote a longhand memoir of his time as a Spitfire pilot, that he never intended for publication. Wellum still resides in the area.First LightMain article: First Light (Wellum book)Approached in 2000 by author James Holland who was researching a fictional novel based during the Battle of Britain, Wellum lent him his unpublished memoir. Holland showed it to friends in publishing at Penguin Books and, in 2002, Eleo Gordon, Penguin’s editorial director, approached Wellum with a publishing deal – two decades after he had originally written the memoir. First Light: The Story of the Boy Who Became a Man in the War-Torn Skies Above Britain was published by: Viking Books, 2002 (hardcover, ISBN 0-670-91248-4); Wiley & Sons, 2003 (hardcover, ISBN 0-471-42627-X); Penguin Books, 2003 (paperback, ISBN 0-14-100814-8).TelevisionWellum has contributed to various television documentaries on the Battle of Britain, including Spitfire Ace produced by RDF Media/Channel 4 (2004), Dangerous Adventures for Boys produced by Channel 5 (2008). and The Spitfire: Britain's Flying Past produced by the BBC (Sep 2011) To mark the 70th anniversary of the Battle of Britain, the BBC commissioned a one-off drama for TV called First Light, based on Wellum's book of the same name. The film was first shown by the BBC on 14 September 2010.Honours and awards5 August 1941 - Flying Officer Geoffrey Harry Augustus Wellum (42925) of No. 92 Squadron RAF is awarded the Distinguished Flying Cross (DFC) in recognition of gallantry displayed in flying operations against the enemy:This officer has been with his squadron since the evacuation of Dunkirk. During the recent offensive operations over France he has led his section and flight with great skill and determination. He has destroyed at least three enemy aircraft and damaged several others.