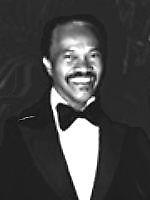 Harold Lloyd Nicholas (March 27, 1921 – July 3, 2000) was an American dancer specializing in tap. He was the younger half of the world-famous tap-dancing pair the Nicholas Brothers, known as two of the world's greatest dancers. His older brother was Fayard Nicholas. Harold was married to actress Dorothy Dandridge from 1942 to 1951.