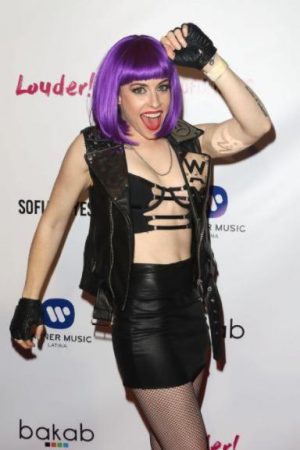 Heather is alive and kicking and is currently 40 years old.
Please ignore rumors and hoaxes.
If you have any unfortunate news that this page should be update with, please let us know using this .

Heather Dawn Bright, born 1982, also known by her stage name Bright Lights, is an American recording artist and songwriter.
Bright's first release came in 2009 with Ashley Tisdale's "Hot Mess" off her second studio album Guilty Pleasure. Guilty Pleasure debuted at #12 on the Billboard 200 charts. She went on to write for a host of other artists including Britney Spears, Usher, Toni Braxton, The Wanted, Far East Movement, Karmin, and Allison Iraheta. Her most successful song to date is Justin Bieber's single "Somebody To Love" which peaked at #15 on the Billboard Hot 100 charts and reached Top 10 in Canada. "Somebody To Love" was the second single off Bieber's album, My World 2.0.

In addition to her songwriting career, Bright Lights is also an artist in the electronic genre. Her first artist release came in 2010 with producer Justin Michael. The song, "Trouble," was released through Ultra Records and garnered the "hot shot debut" on the Billboard dance charts, eventually peaking at #22.
She has since written and recorded several hits in the electronic dance field including Porter Robinson's "Language", Hardwell's "Never Say Goodbye," and 3LAU's "How You Love Me." She was also featured on Zedd's Clarity album. Her first solo record "Runaway" landed at number 5 on the Billboard Dance Charts and featured 3LAU.