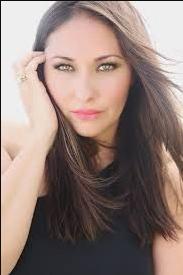 Heather is alive and kicking and is currently 46 years old.
Please ignore rumors and hoaxes.
If you have any unfortunate news that this page should be update with, please let us know using this .

Heather J. Braden is an American actress and fashion model. She was born and raised between Colorado & Oregon and England and is the daughter of Catherine (Webb), a librarian, and Chris Braden, a retired Military Vet. Her mother's family immigrated to Canada, then the United States in 1970 from England and Scotland. Braden found her interest in the entertainment industry at an early age. In 1985, she began local modeling jobs in Portland Oregon, and signed with a local modeling agency. Braden attended Roosevelt High School briefly, where she took part in drama and music club. She won the starring role of Liesl in her high school's production of The sound of Music. Braden worked in and around local productions in Portland while in high school, for up and coming director Gus Van Sant, and had an uncredited role in the film My Own Private Idaho (1991) but her scene was cut down and her appearance exists only in the bar sequence with Keanu Reeves. Before graduation Braden spent 1 year in LA, before moving to New York City to continue studying voice, modeling, musical theater and acting. Braden soon signed with Next Models and CED talent agency in NYC, where she was cast in modeling advertisements and television commercials. She modeled for Levis and Wrangler brand jeans lines, magazines, and commercial advertising clients. At this time, she also began private acting and singing lessons. In 2005, Braden left university to pursue singing and acting full time, that same year, she made her first credited debut in Operation Midnight Climax directed by Will Keenan (2002). In 2004, Braden appeared in the television short Lower East Side Stories by Liselle Mei as Sarah, which received high ratings. Braden continued working in productions as well for commercials and photography and Independent film work.