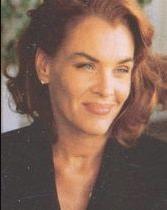 Heidi Von Beltz was born on September 25, 1955 in Los Angeles, California. She is known for her work on Smokey and the Bandit II (1980), The Cannonball Run (1981) and Kill the Golden Goose (1979). She died on October 28, 2015 in Tarzana, California.Trivia (4)Founder, with Melanie Griffith, of the Follow-Your-Heart Foundation.Was paralyzed from the neck down in June, 1980, when her sports car crashed head-on into a van, while doing a stunt on the set of "Cannonball Run."Was once an actress, stunt-woman, model, and aspiring movie producer.Daughter of Brad von Beltz.Model/stuntwoman Who Was Able To Date Big Hollywood Stars Even After Being Paralyzed.