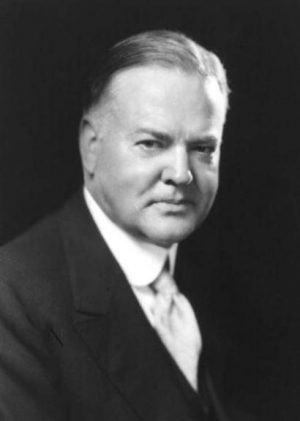 Herbert passed away on October 20, 1964 at the age of 90 in New York City,NY. Herbert's cause of death was internal bleeding.

Herbert Clark Hoover was the 31st President of the United States. He was a professional mining engineer and was raised as a Quaker. A Republican, Hoover served as head of the U.S. Food Administration during World War I, and became internationally known for humanitarian relief efforts in war-time Belgium. As the United States Secretary of Commerce in the 1920s under Presidents Warren G. Harding and Calvin Coolidge, he promoted partnerships between government and business under the rubric "economic modernization". In the presidential election of 1928, Hoover easily won the Republican nomination, despite having no elected-office experience. Hoover is the most recent cabinet secretary to be elected President of the United States, as well as one of only two Presidents (along with William Howard Taft) elected without electoral experience or high military rank.