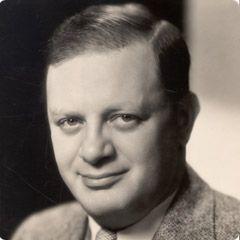 Herman passed away on March 5, 1953 at the age of 55 in Hollywood, California. Herman's cause of death was uremic poisoning.

Herman Jacob Mankiewicz was an American screenwriter, who, with Orson Welles, wrote the screenplay for Citizen Kane. Earlier, he was the Berlin correspondent for the Chicago Tribune and the drama critic for The New York Times and The New Yorker. Alexander Woollcott said that Herman Mankiewicz was the "funniest man in New York". Both Mankiewicz and Welles received Academy Awards for their screenplay.