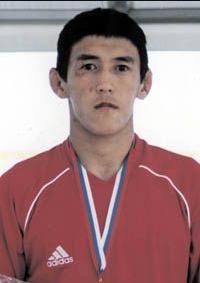 Herman is alive and kicking and is currently 50 years old.
Please ignore rumors and hoaxes.
If you have any unfortunate news that this page should be update with, please let us know using this .

Does Herman Kantoyeu Have the coronavirus?

Herman Stsepanovich Kantoyeu (Belarusian: Герман Сцяпанавіч Кантоеў; born November 27, 1971 in Khabarovsk, Russian SFSR) is a retired amateur Belarusian freestyle wrestler, who competed in the men's featherweight category. Considered as one of the world's top freestyle wrestlers in his decade, Kantoyeu became a freestyle wrestling champion in the 54-kg division at the 2001 World Wrestling Championships, and later represented his nation Belarus in two editions of the Olympic Games (2000 and 2004). Kantoyeu was also a member of the Belarusian national wrestling team since the breakup of the Soviet Union, under his personal coach Valentin Murzinkov.