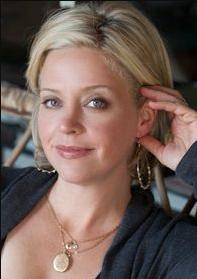 Hillary is alive and kicking.
Please ignore rumors and hoaxes.
If you have any unfortunate news that this page should be update with, please let us know using this .

Does Hillary Danner Have the coronavirus?

Hillary Danner is an American actress. Hillary Danner is known for Homicide: Life on the Street (1993), FreakyLinks (2000) and Cold Case (2003). Cold Case is an American police procedural television series which ran on CBS from September 28, 2003 to May 2, 2010. The series revolved around a fictionalized Philadelphia Police Department division that specializes in investigating cold cases.
Hillary is the daughter of Harry Danner, cousin of Gwyneth Paltrow, Katherine Moennig and Jake Paltrow, and niece of Blythe Danner and (by marriage) Bruce Paltrow. Harry Danner is an American operatic tenor and actor of stage, screen, and film.

She portrayed Alexandra van Lewen in the season 2 episode "Reckless Abandon" of Charmed (TV series). Charmed is an American television series that ran for eight seasons on The WB. It was produced by Aaron Spelling and is about three sisters who are the world's most powerful good witches, known throughout the supernatural community as "The Charmed Ones" but known to everyone else as the Halliwells.