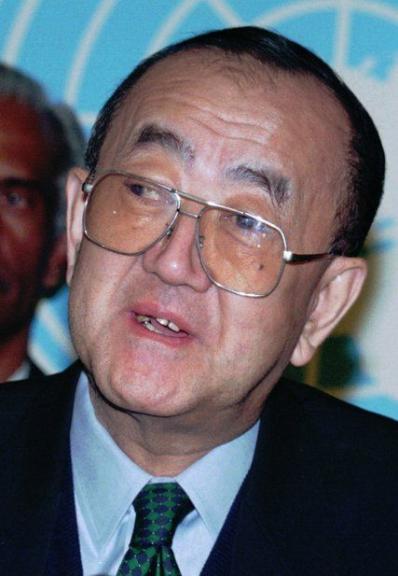 Hiroshi Nakajima (中嶋 宏, Nakajima Hiroshi, May 16, 1928-January 26, 2013) was a Japanese doctor. He was born in Chiba, Japan, on 16 May 1928. Nakajima received his M.D. from Tokyo Medical University, Japan. Dr Nakajima joined WHO in 1974 in the position of Scientist, Drug Evaluation and Monitoring. In 1976, he became Chief of the WHO Drug Policies and Management Unit. It was in this position that he played a key role in developing the concept of essential drugs, as Secretary of the first Expert Committee on the subject.